Check out this from Hot Air Blog

While there were disagreements in the Church’s early history regarding whether unborn children have souls, the Catholic Church has always condemned abortion as a grave evil. Christian writers from the first-century author of the Didache to Pope John Paul II in his encyclical Evangelium Vitae (”The Gospel of Life”) have maintained that the Bible forbids abortion.

Is the USCCB loosing their authority!

Catholic bishops invite controversial speakers-- my question is this, what controversy? The Lord has been very clear as has the Church and these individuals are promoting lifestyles in direct disobedience to Christ!

Lord, come quick and save us before the USCCB leads people astray with these antilife social experiments.

Here is the article from OneNewsNow by Charlie Butts describing what has frustrated me and why I am so concerned for our Bishops. I hope Charlie is not telling the truth and if this article is not the truth about the USCCB, then I recant everything; otherwise, what are we Catholics to do?

The four-day meeting is under way in the nation's capitol, and Michael Hichborn, media director for ALL, tells OneNewsNow that some of the speakers and panelists have been associated with views that are contrary to church doctrine.

That includes Thomas Reese "who was forced to resign as editor of American Magazine by the Vatican after a five-year investigation where they consistently asked him to stop publishing stories which question church teaching on things like contraception, embryonic stem-cell research, same-sex 'marriage,' homosexual priests [and] mandatory clerical celibacy," Hichborn reports.

The media director is concerned that while the Bishops' Conference denies cavorting with such individuals, they still invite someone like Reese to speak. Another speaker is Dr. Diana Hayes, a professor at Georgetown University.

"She's also a noted speaker for Call to Action, which is a -- quote, unquote – 'dissident' group, but Hayes is a homosexuality activist who wrote a book espousing liberation theology," Hichborn explains. "She calls for women's ordination and she promotes same-sex 'marriage.'"


The pro-life spokesman suggests the Conference needs to face up to the facts and stop playing rhetorical games. In addition, he urges Catholics to contact the Conference and raise serious questions about recent disclosures.

Who can trust this group if they continue to promote individuals who promote antiChrist ideologies?
Posted by Jumbo Jal at 1:10 PM No comments: 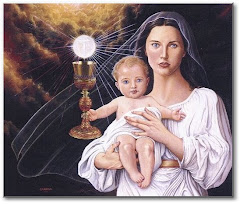